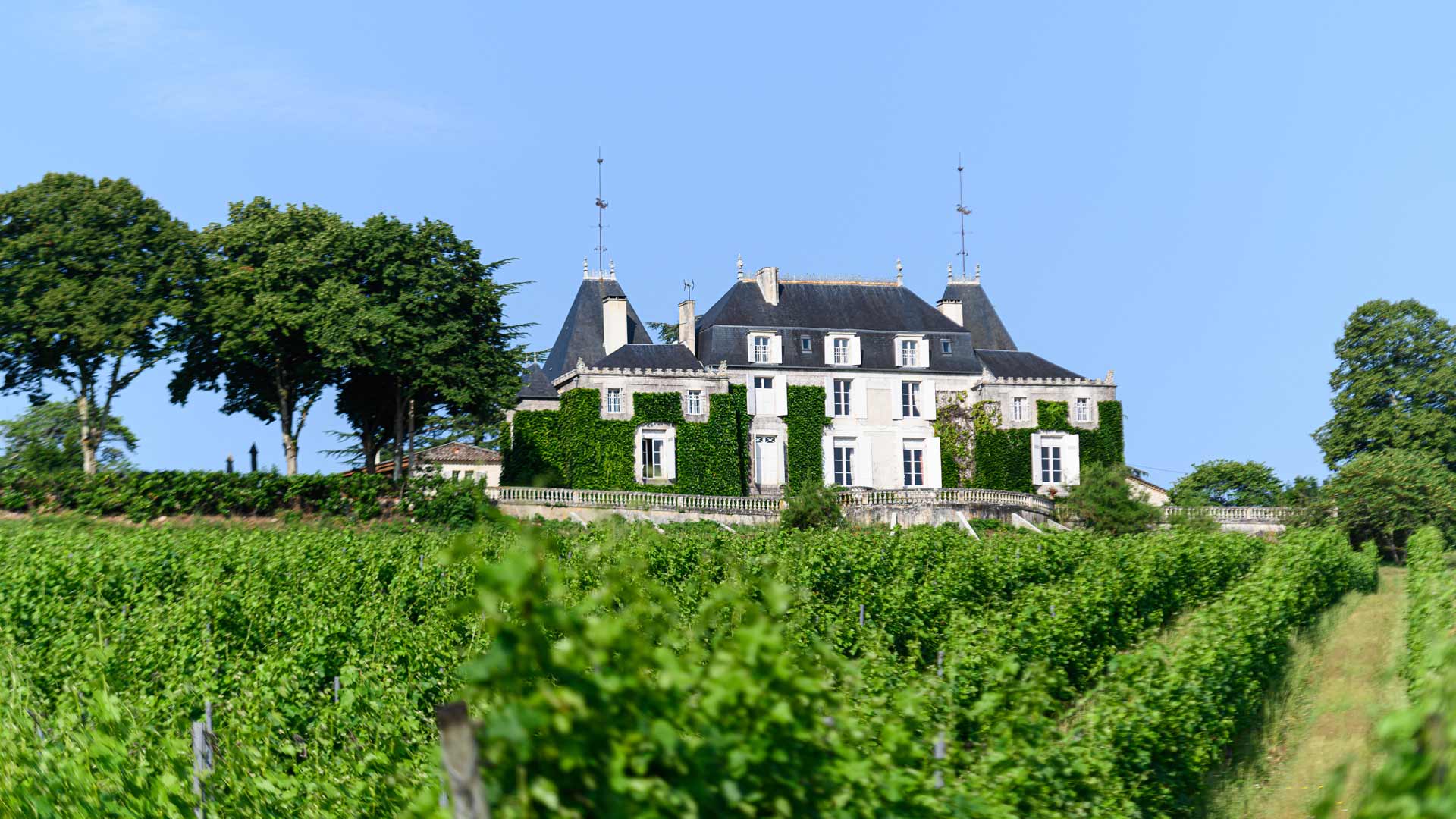 Château de Parenchère rises up from green countryside at the boundary between the Gironde and Dordogne departments. The foundations of this 18th century Perigord architectural ensemble were laid down in 1570 by Pierre de Parenchières, Lord of Fourgoignières.

It was then totally destroyed and rebuilt in 1731, as witnessed by the date that adorns the porch at the entrance to the courtyard.

At the time, the fief of PARENCHERE was hold by governor of the district of SAINTE FOY LA GRANDE.

In the 18th century, a wine brotherhood restored the vineyard of red and white vines.

Even then, the estate’s wines were greatly appreciated by merchants from BORDEAUX and ENGLAND, who used PARENCHERE wines in blends to give body to wines that lacked it (as can be seen from Bordeaux merchants’ books of the period).

Amongst its various successive owners, a Napoleonic general is of particular note: General Subervie, who took part in the battle of Waterloo and ended his days at the estate in 1856.